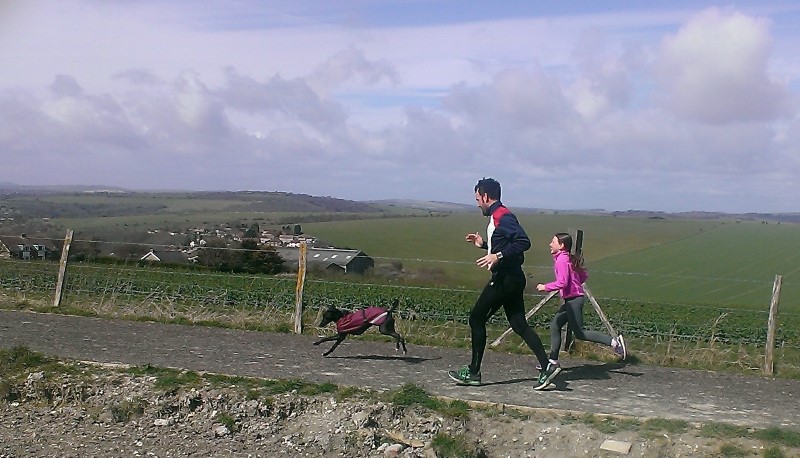 I just wanted to drop you a note with our success story.

I’m sure you have heard it thousands of times before, but when we got told about my daughter Mya’s leg pain being Osgood Schlatters it was pretty devastating to hear that there was nothing to be done barring ice, painkillers and time.
Mya is a promising athlete and sprinter and in the summer this year, she became fastest in her school and won the 60m sprint at a Brighton city-wide event. She was looking forward to starting to run more seriously at a running club this autumn when we got the diagnosis. As her pain was quite severe and causing her leg to buckle under her on occasion, coupled with the fact she had just turned 9 years old, we were shocked to hear that she could look forward to this pain “until she stopped growing”… 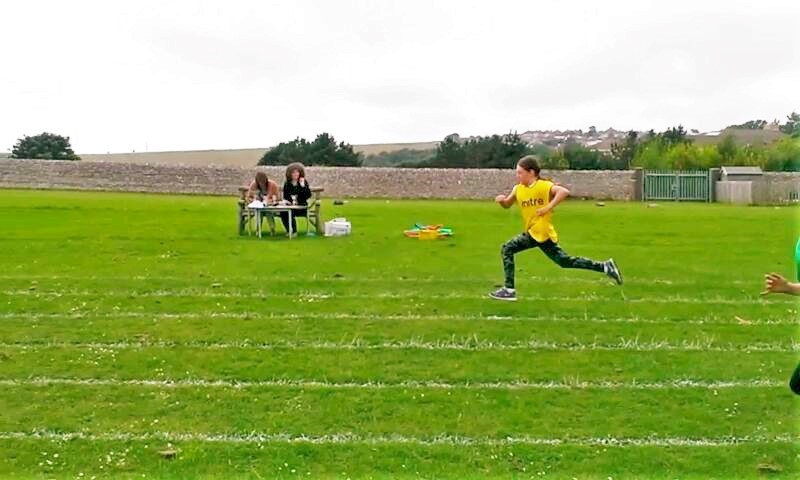 After finding your site, I have to say I was sceptical about how rapidly a difference could be made – but I was willing to try anything rather than do nothing. It also made me think hard about how much exercise Mya had going on… gymnastics, trampolining, cycling, running – she adores all of these but I realised I had to be much more mindful of just how much she was doing.

We started the treatment and it was obvious immediately that she had a large “knot” in the quad muscle on the affected leg. This was painful to the touch but it responded well and we did see an immediate difference in the measurement. 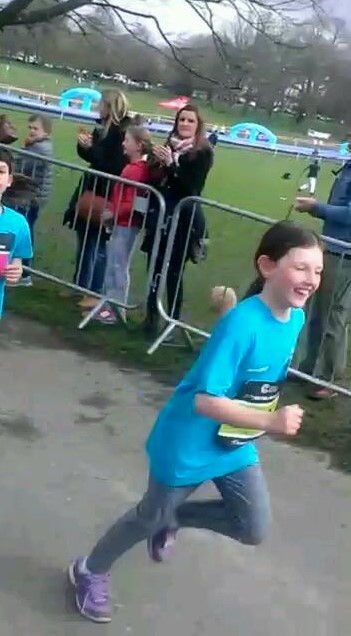 The results did seem to go up and down over the 2 weeks and this was a little alarming to see flexibility lost from one measurement to the next – and a bit disheartening for us to be a way off sliding all the way down the wall at the end of the second week. However – we persevered into a third week and agreed not to measure again until the end of that week. I thought in my mind that it would probably in reality take maybe 6 – 8 weeks but was just glad to see small improvements all the time.

So we waited and measured at the end of the third week – and Mya slid down the wall with ease sitting with a bump on the bottom and looking up at me with such surprise as though the floor was the last thing in the world she expected to meet! No pain, no discomfort, sitting there in comfort and with a smile – a fantastic thing to see!

So thank you, thank you, thank you. I am telling everyone about your Protocol and the results it has had. I am obviously thrilled that Mya can continue pain-free to pursue any sporting and playful ambitions that she has but just as importantly – as a parent to see their child in pain and to be unable to offer any help at all is a gnawing pain of a different sort. Your Protocol has helped get rid of that too.